Bellator president Scott Coker may have jumped the gun when speaking earlier this week about the promotion’s contact with Nate Diaz.

Ahead of Bellator 285, which took place at 3Arena in Dublin, Ireland, Coker was asked about the promotion’s interest in signing Nate Diaz, and whether or not conversations have already taken place with the 37-year-old fighter.

Diaz recently became a free agent after completing his contractual obligations with the UFC. His main event submission victory over Tony Ferguson at UFC 279 was the final fight on his contract.

“Well, we are definitely talking to him,” Coker said earlier this week. “We’ve reached out and I know he’s probably talking to everybody. He’s, I think, in a pretty good situation. I know he wants to fight Jake Paul. Jake Paul’s fighting, you know, against Anderson Silva on Showtime pay-per-view, which is our home network, so there’s some synergies here.”

After the conclusion of Bellator 285, Coker clarified his comments, explaining that the promotion contacted his management team, but nothing further has occurred due to the exclusive negotiation period Diaz is under until December.

“Well, here’s the thing, is that my guys reached out to the management and the management came back and said, ‘Look, he still has an exclusive negotiation period,’” Coker told reporters at the Bellator 285 post-event news conference. “So, let’s see how that plays out.”

UFC contracts typically have a three-month exclusive negotiation period that the promotion has not waived with one of its former biggest stars. While Diaz has expressed he wants to explore options outside of the UFC for the time being, legally no other negotiations can take place during that period.

Photos: Nate Diaz through the years

Many factors were responsible for the creation of the legend of Jose Aldo. And one of those key factors were his title defenses. Aldo (31-8 MMA, 13-7 UFC), who retired from MMA last week, left the sport as the most successful UFC featherweight champion to date. The Brazilian racked...

Aldo (31-8 MMA, 13-7 UFC), who retired from MMA last week, left the sport as the most successful UFC featherweight champion to date. The Brazilian racked up seven title defenses during his run in the promotion, more than any other 145-pound champion in UFC history.

Marlon Vera was hoping to rematch Jose Aldo, but says loss made him a ‘f*cking monster’

Back at UFC 163 in 2013, Aldo improved his winning streak to 16 in a row by stopping Chan Sung Jung in Rio De Janeiro. It was another dominant showing by the “King of Rio.”

You can re-live Aldo’s TKO win over the “Korean Zombie” in the video above.

Photos: Jose Aldo through the years 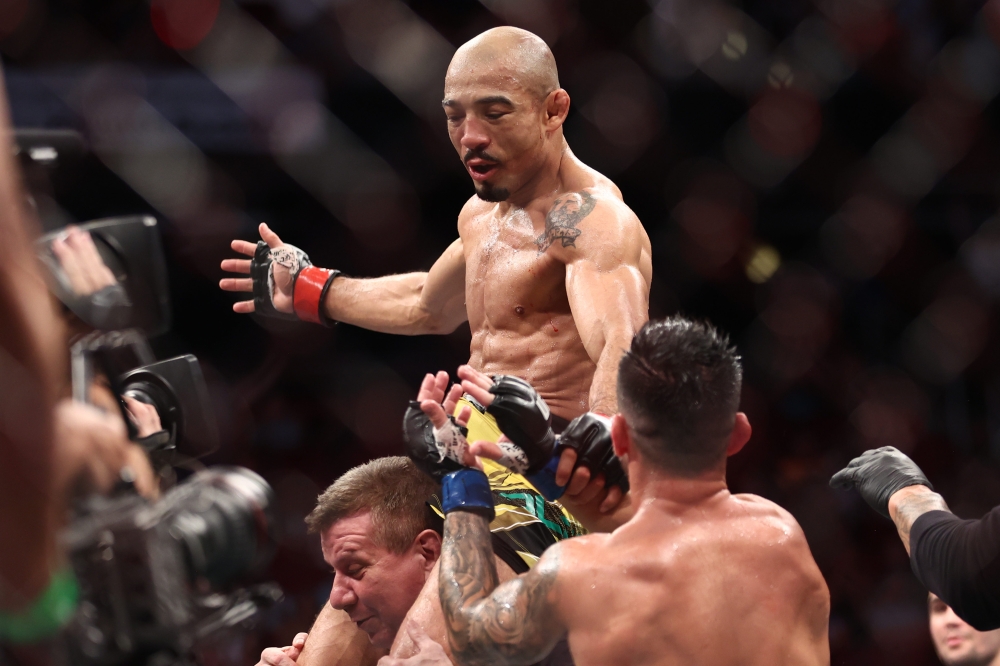 Eddie Hearn is taking legal action against Jake Paul. The Matchroom Boxing CEO has filed a lawsuit for defamation, as they claim reputational damage from a recent interview where Paul accused Hearn of paying off judges. This is according to TMZ, who reported the news on Friday. “Both legally...

The Matchroom Boxing CEO has filed a lawsuit for defamation, as they claim reputational damage from a recent interview where Paul accused Hearn of paying off judges. This is according to TMZ, who reported the news on Friday.

“Both legally and ethically there is a clear line separating opinion from defamatory lies,” Hearn’s attorney Frank Salzano told TMZ. “Jake Paul knows that, and he purposely crossed that line when he wrongly accused Matchroom Boxing and Eddie Hearn of fixing fights.
“Nonetheless, he was still given an opportunity to retract his defamatory statements and refused to. Now he will face the legal consequences of his actions as Matchroom and Mr. Hearn will be seeking damages in well excess of $100 million given the value and goodwill attached to the Matchroom business and the harmful nature of Mr. Paul’s comments.”

Yoel Romero wants to fight Jake Paul in boxing: ‘He needs to get humbled’

Paul, who gained a massive following on YouTube, has been involved in boxing for the last few years – working as both a professional fighter and a promoter through Most Valuable Promotions.

Back in April, Paul worked together with Hearn to put on Katie Taylor vs. Amanda Serrano – one of the biggest women’s boxing matches in history. Paul promoted Serrano under MVP and Hearn promoted Taylor through Matchroom Boxing.

In a very competitive contest, Taylor was awarded a split decision win over Serrano. Judge Glenn Feldman, who had the widest scorecard of the three judges overseeing the contest, scored the fight 97-93, Taylor.

Then a few months later, Feldman was again criticized online as he favored Matchroom Boxing’s Anthony Joshua in a 115-113 scorecard to beat Oleksandr Usyk in their heavyweight championship rematch. The two other judges saw it for Usyk, awarding him a split-decision win.

Paul wasn’t happy to see Feldman’s scoring in both fights and claimed foul play between Hearn and Feldman earlier this month in an interview with IFL TV – which is now unavailable and put on private on YouTube.

“Glenn Feldman, shows up in Saudi and scores Anthony Joshua to win the fight,” Paul said. “Everyone watched the fight, it’s not a split decision. Usyk had a runaway victory, clearly won the fight. This judge, Glenn Feldman, gives it to Anthony Joshua? It’s like a repeated crime here. This type of sh*t, I’m going to call it out here in boxing because it’s bullsh*t.

“Clearly, this guy is getting paid money by Matchroom Boxing. That’s a bold statement and an accusation that I don’t take lightly, but it’s just blatantly obvious. You would think they would bring a different judge that f*cked up the scoring of Taylor-Serrano to Saudi Arabia.” 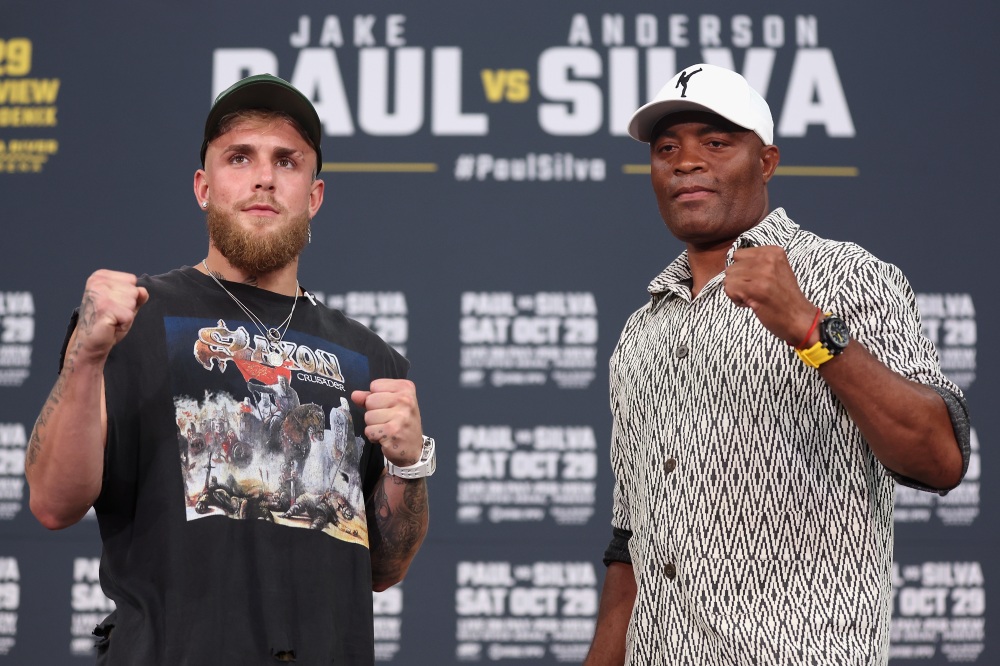