At Ludus, we are proud of our top-tier coaching staff. All of our coaches have trained for years in the martial arts they teach and have successfully competed in MMA championships themselves. Our instructors not only have top MMA skills, but they also extensive experience teaching those skills to others, so you’ll be supported as you learn, whether to compete yourself or just have fun training.

MMA has Billy’s true passion since he started training in 1993. Billy has trained with some of the most iconic legends to current champions of the sport. Still motivated to learn he continues his training, bringing world champions from top organizations like UFC, Bellator, and One FC to Ludus MMA to conduct seminars.

Facing not one but three unfixable injuries in a matter of 6 months put me into a state of depression that I have never experienced before. It was then that I realized I will no longer be able to compete at a high level ever again. After 3 months of being depressed my amazing wife sat me down and showed me the path that I was truly meant for, teaching. It was time for me to put on my big boy pants and start working towards making world champions and running a successful business. So thats what I did.

BJJ stole Jake's heart in 2015 and has been one of the greatest, positive influences in his life. Jake saw it as the perfect blend of physical athletics with mental strategy. This sport revolutionized his life and eventually lead him down the path of entrepreneurship.

The decision to leave a highly-successful, corporate career and go fully independent was a difficult challenge for Jake to face. After much prayer, Jake and his family decided that Freedom was more important than Security and they made the leap of faith into entrepreneurship. Self-confidence, mental fortitude, and endurance are some of the key concepts he learned from BJJ and implements every day in his career as a business owner.

Born in Brazil, 33 years old Jiu-Jitsu blackbelt teaching since 2006. Enthusiastic instructor with a focus on building self-confidence, character, and skill in students through mental and physical discipline. Encouraging, yet challenging approach allows all participants to progress at their own level by setting and achieving individual goals. Authentic dedication to the art and sport of Brazilian Jiu Jitsu, self defense, and Mixed Martial Arts.

Like most martial arts, Muay Thai has a history that can be dated back centuries. In fact, there are records of its use in the 16th century. In 1560 AD, Siamese soldiers were trained in Muay Thai. The king of Siam, King Nareusan, was considered one of the best unarmed fighters. In a battle with the country of Burma, he was taken prisoner. He had a chance to fight for his freedom and used his unique fighting skills to do just that. It did not take long for his victory to become a national sport.

Instead of being a skill that only soldiers learn, people of all classes started practicing Muay Thai. The fighters were often supported by businessmen and used to resolve disputes. They fought in a ring, a rope extended on the ground to form a circle or square. The fighters started using the traditional tiaras and armbands that many Muay Thai practitioners still use today. Fights have become very popular across Thailand and people used to play at events.

In the 18th century, a period of peace in Thailand allowed people to focus their energy more on practicing Muay Thai in a competitive way. In the beginning, there were no formal rules. Then the rounds were measured by time. There was no limit to the number of rounds, and the fight was not over until there was an obvious winner.

World War I gave the rest of the world exposure to Muay Thai. While Thai soldiers were stationed in France, there would be struggles to boost morale between Muay Thai fighters and French boxers. World War II gave sport even more exposure; European and American soldiers learned the sport from Thai soldiers. When the war ended, the sport was so popular that strict rules were needed. The Thais adopted weight categories, specific fighting rules and a championship system. Many stadiums with rings were built and the sport became even more popular. Today, it is a sport practiced globally with a large number of followers.

Doctorate in pharmacy, but career on hold since moving to jacksonville back in 2010 and pregnant with my first child. Currently, fulltime mom devoted to Christ, husband and children, with passion for fitness and variety of discipline from running, lifting, circuit training and obstacle races to MMA. Enjoys learning new things!

Self image issues with seasons of anorexia and bulemia in the past. Found true spiritual awakening during one very deep and dark season of depression after submitting everything up to Him who has known me and woven me from the womb. I am where I am today because of Him who loves me, enjoying fitness for what it is; not a reason to eat, nor a punishment. I love to lift others up, especially women, because I feel they need to hear they are beautiful for who they are, that they are strong, and they are unconditionally loved by our heavenly Father.

Started training MMA when I was 38 years old and fell in love with the sport and the people. I’ve been with Ludus MMA since the beginning.

Taking care of the body with yoga and good nutrition is the key for me.

Sydney is new in the MMA journey, however, is extremely dedicated, motivated, and seeks to be the best at everything she does. She’s a fast learner and always strives for perfection.

I overthink most things. I am the only one that can get in the way of my own success.

David is very passionate about his training since beginning in 1989. He has been a kickboxing and Muay Thai fighter with multiple wins, and has trained with some of the very best local and national talent. David is efficient in making people around him laugh and a positive vibe is very important to him.

I’ve had an anxiety disorder since the age of seven and it can be debilitating at times. This is overcome by the love of my family and friends first and foremost. surfing and MMA training has really kept me focused. Jiu Jitsu in particular has really taught me to work calmly with an open mind through tough situations.

I started Jiu Jitsu 3 years ago and it is very important to me. I am currently ranked as a blue belt. I would not trade anything in the world to not have the opportunity to roll. My goals in Jiu Jitsu are to go and compete at the highest level and win.

I have had many health issues thrown at me throughout my life. Some issues that I have had, I have had to look death in the eyes. Nothing can drag me down more than what that has done to me. That’s why I am grateful for adversity.

I have always loved combat sports. There is something primal about training and fighting that pushes you beyond your limits. This has not only developed my fighting skills, but also my character and overall outlook on life. But most of all I just love to do it. Some principles I live by: never stop learning, life is too short…take chances and get some skin in the game.

Learning to overcome the mental aspect of fighting, which is much harder than the physical.

I lost one of the biggest fights of my life to the wrong person. Leading up to the fight, I wasn't mentally prepared. I wasn't enjoying training, nor anything to do with that fight camp. During the fight, I got caught with a shot that shouldn’t have been fight-ending, but I shelled up and took the loss. That experience showed me what I can take and that even though i’m hurt, it doesn't have to mean the fight is over.

I quit training for a little over a year before I was even able to fight. The break in my training was largely due to a personal sickness, which led me down a pretty rocky road. I feel like my life hit rock bottom before I finally had my “ah ha!” moment— that moment when I was finally able to step back and see my life clearly. I didn't recognize who I had become or what my life had become. From that moment, I started picking the pieces back up. I got back to training and can honestly say I have never been better.

I had to work through 3 herniated discs to be able to stay in martial arts. I knew this was possible because I learned long ago that you can do anything if you refuse to give up. At one point, I had to retake the 8th grade. Now, I have a Masters in Engineering. 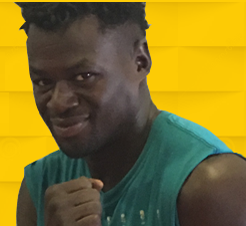 Curtis has been boxing for most of his life, and overcome many a trouble to get where he is today. He is the boxing coach for all of the fight team, and dedicates his time every week to making everyone better than they were yesterday.

Getting out of my own head, and overcoming my struggles. 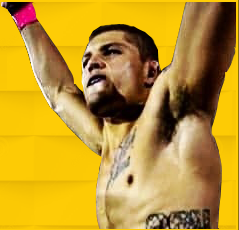 Collin is special in all aspects of fighting. Always loved fighting and started getting in trouble.

Learning to be humble right or wrong. 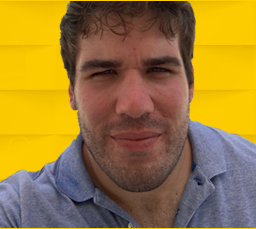 Josh has been wrestling since childhood, traveled the country to compete, and trained at Olympic training facilities. He became a member of the Maine wrestling Hall of Fame of fame in 2016.

Having 5 back surgeries within the span of 2 years.

Marque has been training MMA for six years, and been doing boxing and karate for 15 years. As well as being a certified fitness instructor. He has spent all of his MMA training underneath Billy. He used to box competitively.

Staying in shape, eating a clean healthy diet. My back injury, with a lot of stretching and rehabbing old injuries.